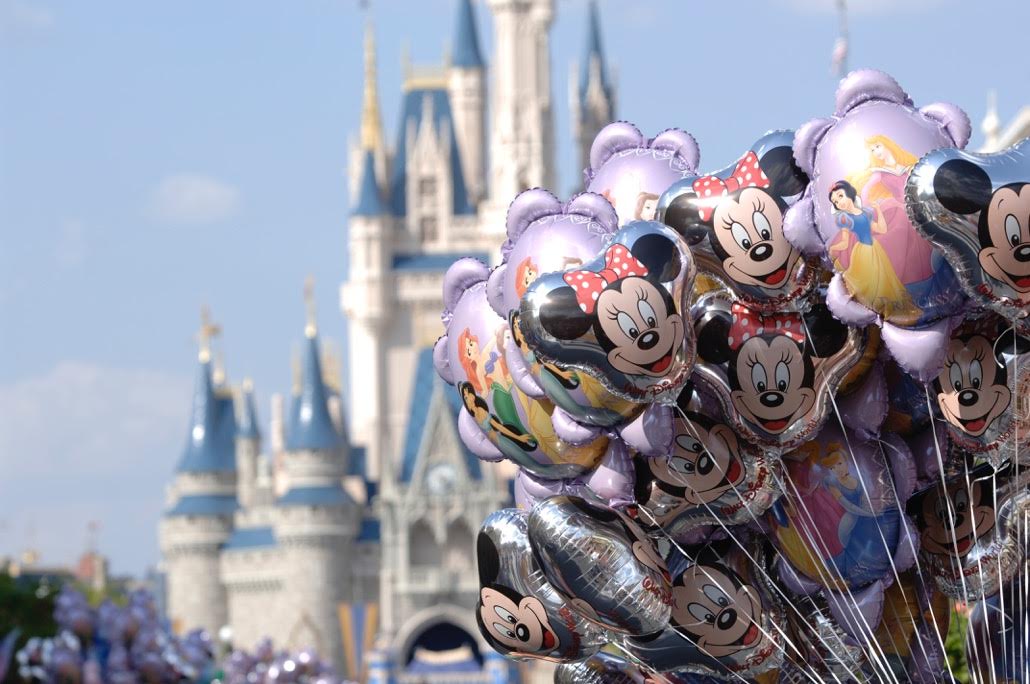 It’s like stepping right into a dream. The four Walt Disney World® Theme Parks make the real world seem far away, and make-believe as real as the smile on your face.

Wonder, fantasy and pixie dust are everywhere at Magic Kingdom® Park. Here, you can board Seven Dwarfs Mine Train and go on a ride into the mine “where a million diamonds shine.” Embark on a musical voyage with Ariel and friends on

Under the Sea~Journey of the Little Mermaid. Get a double dose of Dumbo the Flying Elephant®. Help power the city of Monstropolis as you laugh with (or at) Mike Wazowski at Monsters, Inc. Laugh Floor, inspired by the Disney•Pixar hit Monsters, Inc. Set sail for a high-seas adventure at Pirates of the Caribbean®. From the haunting surprises at Haunted Mansion®, to the outrageous 3D fun of Mickey’s PhilharMagic® attraction, fantastic adventures and timeless fairy tale classics come magically to life. Wishes, a nighttime fireworks spectacular, will touch you with a “story in the sky” you’ll cherish forever.

At Epcot®, fun and imagination are combined with the wonder of diverse cultures. On Test Track® Presented by Chevrolet®, you can design a virtual concept vehicle and then go for a high-octane spin. Feel the wind through your hair as you fly high above breathtaking vistas of California on Soarin’®. Rocket into outer space in a one-of-a-kind astronaut-like experience aboard Mission: SPACE®. On The Seas with Nemo & Friends®, you can board a “clamobile” and follow Marlin and Dory as they chase that ever-curious little clown fish in this amazing adventure, inspired by Disney•Pixar’s Finding Nemo. In World Showcase, 11 great nations offer the best of their food, music, products and culture. And complete your day with a viewing of IllumiNations: Reflections of Earth, an inspiration of music, fireworks, lasers and special effects. At Epcot®, you’ll find something to amaze and excite everywhere you turn.

The glitz and glamour of Hollywood may take center stage at Disney’s Hollywood Studios®, but the star is you! Catch the twistin’, turnin’ beat of Rock ’n’ Roller Coaster® Starring Aerosmith. Never experience the same fear twice as you hurtle up and down on The Twilight Zone Tower of Terror™ haunted “elevator” attraction. Board a star cruiser on Star Tours®––The Adventures Continue and feel the power of the Force during a 3-D, motion-simulated space flight that launches you into the world of Star Wars™. Take aim and ride Toy Story Mania!®, the 4D, interactive attraction inspired by Disney•Pixar’s Toy Story films. Join Elsa and Anna at Premiere Theater and enjoy For the First Time in Forever:

A Frozen Sing-Along Celebration featuring immersive storytelling, a mountain of songs from the movie and more. And be dazzled by Fantasmic!, where Sorcerer Mickey defeats some Disney villains amid an extravaganza of lasers, lights, dancing waters and special effects.

The fun gets wild at Disney’s Animal Kingdom® Theme Park. Experience a high-speed train ride forward and backward through the treacherous Himalayan unknown, where the dreaded Yeti lurks on Expedition Everest®. Explore over 100 acres of African-like savanna on Kilimanjaro Safaris®. Journey to the ocean floor during the live stage spectacular, Finding Nemo–The Musical, inspired by Disney•Pixar’s Finding Nemo. And get set to get wet on Kali River Rapids®––a rip-roaring river raft ride that takes you on a tour through a lush jungle landscape. Prepare to be awed, inspired, thrilled and enchanted.

From fantasy and discovery to glitz, glamour, and roaring adventure, the imagination and magic of Walt Disney World® Theme Parks will come alive all around you.

Videos will auto-play, or select from the playlist button at the top-left.